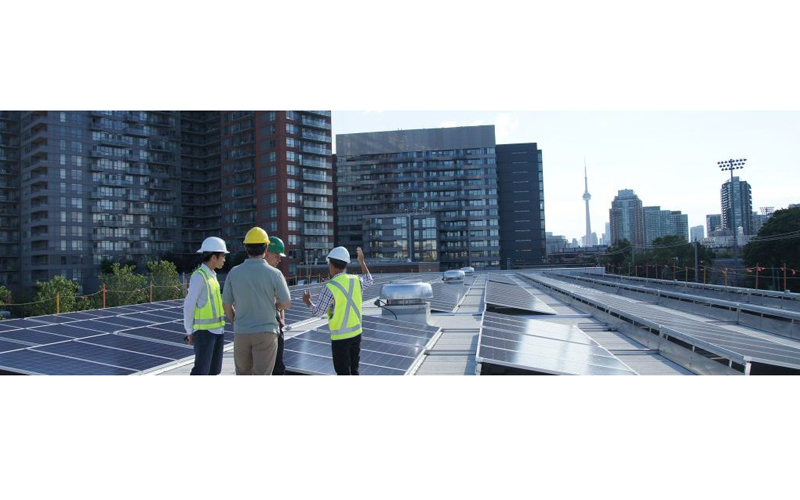 In 2012, in partnership with Toronto Hydro, the City launched the first phase of a program that will see City-owned buildings outfitted with solar photovoltaic (PV) panels.

The first phase of the Feed-in Tariff (FIT) program was completed in June 2014 and the second phase was completed in 2016, resulting in 20 Solar PV rooftop systems operating on City facilities, totaling 2.5 MW of installed capacity.

On an annual basis, Phases 1 and 2 combined: reduce greenhouse gas emissions by about 147 tonnes generate over 3,300 megawatt (MWh) of electricity.
In total, over the past 20 years, the City has generated approximately $34 million in revenue by feeding electricity into Toronto’s grid.

In October of 2016, the City commenced the third phase of the FIT program, which will result in the installation of over 40 Solar PV rooftop systems on City facilities totaling 6.0 MW of installed capacity. These installations will generate approximately 7,800 MWh of electricity annually and will reduce approximately 353 tonnes of greenhouse gas emissions each year. In 2013, the City launched the first phase of a MicroFIT program which will install solar photovoltaic (PV) panels on smaller City-owned buildings.