Cycling offers communities a wide range of potential benefits, including improved health, friendlier streets, reduced traffic congestion, reductions in GHG emissions, and improvements in air quality. However, the nature of suburban communities creates an environment which is not particularly conducive to cycling. These neighbourhoods were often built during the 1950’s post-war housing boom and were designed with the assumption that everyone would own a car. Wide, high-speed arterial roads frame residential enclaves which often have cul-de-sacs instead of through streets.

Cycling infrastructure, if it exists, usually consists of trails intended for recreation, rather than the connected grid of routes needed for transportation. This often-hostile cycling environment is a significant barrier to cycling adoption. Research conducted in Toronto has demonstrated that rates of cycling in the city’s inner suburbs have actually declined since 1996, while growing significantly in the downtown core.

At the same time, research has found that in the Greater Toronto and Hamilton Area, one third of all trips which are currently driven are short enough to be cycled, including many trips in suburban areas. While cycling is possible, the barriers are significant – a lack of access to bicycles and safe places to ride, a lack of route knowledge and skill, and a lack of social acceptance of cycling as a viable form of transportation. In order to help suburban community members overcome barriers to cycling, positive social norms need to be established and a change in culture needs to be supported and embraced. By addressing these barriers, we can accelerate cycling adoption and grow a community of people cycling.

We see suburban communities as cycling’s next frontier. Since 2014, The Centre for Active Transportation at Clean Air Partnership has been investigating strategies for incubating cycling in these challenging environments. We use a four-step approach based on research conducted by our partners at the University of Toronto which applied social practice theory and behaviour change to cycling programming. The model targets suburban neighbourhoods with significant cycling potential, addresses and removes barriers to spark and sustain cycling.

Over the past six years, we have applied this approach in three suburban communities: Peel, Scarborough and Markham, Ontario. Participants repeatedly report more trips by bike, with spin-off health and environmental benefits. Here are some program highlights:

TCAT’s approach can be used as a framework to increasing cycling in suburban communities across Canada. Read more about these projects on the TCAT website, and learn about implementing the model in our report: Building Bike Culture Beyond Downtown: A Guide to Suburban Community Bike Hubs. 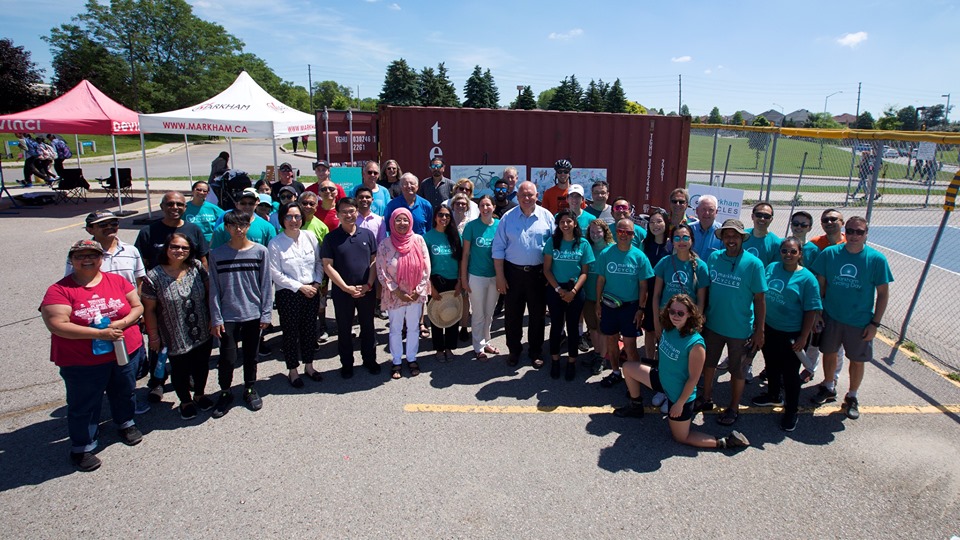