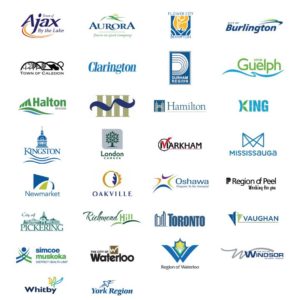 The Clean Air Council (CAC) is a project of the Clean Air Partnership (CAP). The CAC is a network of 30 municipalities and health units who have been working collaboratively for 20 years on the development and implementation of clean air, climate change, sustainability, and resilience actions. Each year we provide more than 20 in-person… Read More

It is frequently said that what gets measured gets managed, but we also often hear the saying that what is truly important cannot be measured. So which is true? Well, both – life is full of contradictions. Deal with it! Many jurisdictions, both nationally and sub-nationally, have been advancing efforts to increase energy reporting requirements.… Read More

On January 9th, the City of Toronto’s Infrastructure and Environment Committee will decide whether or not to adopt an Electric Vehicle (EV) Strategy. This strategy identifies 10 practical actions to eliminate the 30% of Toronto’s GHG emissions created by personal vehicles, transitioning from internal combustion engines toward zero-emission vehicles. Currently, less than 1% of vehicles… Read More

When Clean Air Partnership was established 20 years ago, air pollution was a public health crisis that rightly attracted considerable media and political attention. Smog days were the norm, with 53 days recorded in 2005 alone. In 2005, the Ontario Medical Association released ‘The Illness Costs of Air Pollution’ which showed that 5,800 Ontarians suffered… Read More